One lighining strike from an angry female wasp can pack the most excruciating pain and irritation you’ll ever experience as an adult, depending on the variety of wasp delivering the bite, or does it not? — children are always exempted because they’re already used to pain.

But regardless of whichever member of the Mr. slender waist family is doing the honors, a wasp’s unwelcomed sting on your supple summer skin is usually no more than a cold compress from an accursing grandma or strong antibiotic from the drug store can handle.

In short, the message here is, that a single wasp sting should never be able to kill you at the instant, or over time, despite the fact that the feeling and sensation that builds up around the pain is almost second to none, or to the stupendous pain of child birth.

(That’s exactly what my unconscious wife told me when she got stung several times by an Asian hornet a.k.a the murder hornet, but hmmm… i suspect it’s nothing more that a silly exaggeration for the unbearable moment).

Still, there are a bunch of people out there (about 1 in every 1000 persons) that would suffer more from a wasp’s sting than others, and the side effect in some cases can be as severe as death!

This usually occurs not as a result of the acute toxicity of the envenomation process itself, but as a subsequent response of the victim’s internal system, according to an article titled ‘Why are “murder hornet” stings so intense’ published by the National Geographic Magazine.

People who are at more risk of dying from a wasps bite are those that are already compromised, especially those who have already developed allergy, or those having poor cardiopulmonary functioning (with the majority being aged individuals close or past the age of 70 or 80) and other related conditions.

What exactly is in a wasp sting and why does it hurt so much?

When a wasp stings, it envenomates, that is, delivering venom into the body of its victim.

But dont be scared of the idea of “envenoming”. In a body as large and blooming as that of a healthy human, the venom transferred therein works very differently that it does within the compact body of a small sized insect it was originally meant to incapacitate.

That’s why most individuals would only experience localized pain, swelling and all sort of discomfort around the stung area for only a few hours or days before finally experience relief, rather than getting killed eventually, except for the rare cases mentioned above.

The enzymes and peptides in the venom are responsible for the pain. They break down the boundaries or membranes of cells (the smallest living elements of you), and spill out the contents into the blood stream.

When the cells broken down happen to be sensory neuron cells, which are cells that send and receives signals to and from the brain, the breach is detected and information is transmitted to the brain for an action. The result? Pain.

There’s more to the genesis of pain resulting from a wasps envenomation process than the above paragraphs explain, but that goes entirely out of scope for this article, as well as for the entire website itself!

Next to be discussed are the Norepinephrine. These are wicked substances in a wasp’s venom that serve the role of a pain aggravator. They ensure that the pain keeps coming with increasing intensity by stopping the flow of blood which will otherwise carry the diluted venom away and lessen the pain.

That’s why you keep feeling the pain of a wasp sting for several minutes after an unfortunate encounter with one.

Finally, we have the hyaluronidase and the mast cell degranulating peptide which basically aid in the transfer of the venom from one cell to the other. The action of these substances are the chief cause of swelling and redness associated with a wasp’s sting.

Now because there are a wide variety of wasp species out there, the compositions that make up each of their venom will differ to some extent.

Some have venoma that are more potent than others, and that’s why some wasp’s sting are more terrifying than other, excluding the very fact that the stung individual also plays a huge role in determining the severity of the attack.

How many wasp stings can kill you?

Okay, agreed, one unfortunate sting from an aggravated soldier wasp won’t cause any life threatening situation for the vast majority of people. But certainly, the same cannot be said for a much higher number of stings from the working soldiers of a boiling colony can it?

Yes, you’re right. It can’t. Because now, the situation is kind of over the line, and may be even so by an unrealistic margin. Remember, too much of everything is always deadly. Even of your regular banana fruit or H2O (water)!

Too many wasp stings can eventually kill a grown man even if it doesn’t do so at the instant.

And when we say too many, we’re referring to succesive stings as low as 40 to 50 from the giant Asian hornets or up to a thousand bullets from relatively smaller and less potent species like the Yellow Hornets.

Children, old and compromised people are obviously at greater risk of death due to mass envenomation than others.

The former, giant Asian hornet, is capable of killing 10 mice with just a single delivery of venom from one round of envenomation.

The latter and their likes aren’t, and that’s why it is speculated to take only about 40 to 50 of them to really cause fatality in humans.

But even though 40 to 50 stings might seem like a pretty attainable number, the probability of getting bitten that much at any instant of time is still very low, although in one time, it happened to a certain Stephen Cockcroft, age 70, as reported by the British Broadcasting Corporation (BBC) on their news platform on the 27th of August 2018.

Read the article here: What to do if you’re attacked by a swarm of wasps

The publication stated that Cockcroft was stung 42 times (not by Asian hornets) after accidentally disturbing a wasps’ nest in his back garden. And the result of the confrontation wasn’t one of the most pleasant things he’s had to relate to family and news reporters. Cockcroft described the experience as very painful and felt like receiving burns to the face, neck, arms and torso.

He was admitted to the hospital where he received proper medication.

Asian hornets are a well-known pests of the Asian world due to the kind of detriments they actively cause for people year round, but in places like the United States and Canada, these aren’t the most dominant forces of wasps there. A much tolerable species exist there having a lower potency of venom.

These are the paper wasp, yellow jackets and red wasp to mention a few, and these all (hopefully) fall under the succesive 1000 sting blanket for any healthy individual according to a publication by the University of California titled “Bee and Wasp Stings”.

Obviously, children are at greater risk of death due to their smaller sizes and weaker systems.

When a wasp sting can actually kill you?

Do wasps attack for no reason?

We already know that a sting from an infuriated wasp, even if not fatal, is definitely up there amongst the most uncomfortable feelings you can ever experience as a human. To say that wasps attack people for no reason would definitely be the cause for someone’s heart attack tonight wouldn’t it?

Truth be told however, most wasp attack actually happen as a result of disturbance from the victims end.

Wasps usually don’t attack for no reason. They’re too busy defending their queen and providing insect food for her baby larvaes that they actually wouldn’t care if you were an observer casually walking past them and minding your own business, unless you decide it’s time for the nest and all that it accomodates to perish, or, at the most innocent level, to simply swat at an investigating wasp that landed on your forehead.

The latter — that seemingly innocent gesture of swatting across your face to get rid of the wasp is actually a war trigger in disguise.

The wasp in question will quickly release a chemical signal called pheromones which will communicate your action as the threat to the rest of the colony, and before you know it, swarns of furious critters would be all over you trying to avenge their bullied brother!

That’s why it’s always advised to stay away from wasp nests when you know they are there, and to also stay still whenever you have an investigative wasp on you. It’ll do all its business and eventually move away on its own accord.

It is also advised to avoid wearing brightly colored or patterned garment, wearing perfume and also not wearing shoes when going out to any place likely to have insects around.

Can Asian hornets kill you?

Yes, multiple stings from furious Asian horns can kill a fully grown man. It is speculated that at least 40 to 50 stings from an Asian hornet would be fatal to individuals. In Japan and other regions in Asian where these critters are mostly abundant, they have been known to cause with multipe stings to people.

What happens if you kill a queen wasp?

The entire colony will furiously go after you. And just pray the colony isn’t that of an Asian hornet, because that might be the end for you.

All wasps are venomous but not poisonous. The distinction is clear between poisonous and venomous. When an animal is venomous, it is capable of producing venom and most of the time injecting this venom into the blood stream of its victim either for forage purposes or defensive purposes. So long the venom is injected into the blood stream, it would serve its purpose of killing, incapacitating or causing distress to the victim which is the case for wasps stinging humans. Poison on the other hand doesn’t need to be injected into the body to serve its purpose. Ingesting it only can prove fatal. So poisonous animals usually carry toxins on their body or inside which can be deadly to their predators when ingested.

What to do if a wasp lands on you?

When a wasp lands on you, allow it to investigate and then leave on its own accord. Acting aggressively by swatting or blowing the wasps can cause it to release pheromones that signal to nearby wasps that its life is in danger even when its not. And this can invite floods of wasp attention towards you.

As stated above, wasps stings are generally not capable of killing a perfectly healthy adult, although they can prove fatal for children, aged people and those that are seriously compromised especially those having allergy to wasp stings or those with poor cardiopulmonary functioning and the like.

Multiple stings from wasps can also be a source for concern and can prove fatal for all class of people from healthy to compromised, young to old. Usually, it would take around 1000 successive stings to be able to possibly cause death in a perfectly healthy adult, according to a publication by the University of California.

But this estimate is only made less potent species of wasps that are found in he United states. Other more dangerous species like the Asian hornet would only require less than 50 successive bites to be able to cause fatality. 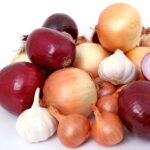 Does killing a cockroach attract more?