During the formulation of apple cider vinegar (ACV), a complex carbohydrate of slightly congealed appearance is always birthed. More pristinely, it is referred to as the mother of vinegar.

Regardless of whichever name we opt to call this foggy looking entity, anyways, one thing is always acknowledged, and it’s the fact that the fog neither signifies spoilage nor does it cause any harm when ingested into the body.

Rather, there may be a specific benefit of it, albeit not convincingly established. It could be a huge one for that matter, and we shall discuss that over the course of this article.

The “mother” in apple cider vinegar is the clustering of a bacteria known as Acetobacter aceti during alcohol fermentation in the production of vinegar, and according to trusted authorities, it is perfectly safe to consume without fear of any negative side effect.

Some voices in the health community actually consider the mother to be the healthiest part of the mix, although till this very moment, there isn’t clear cut evidence to cement such claim as an undisputable fact.

What is the mother in apple cider vinegar?

The mother in apple cider vinegar is what forms during acetic fermentation of juice after it has undergone alcoholic fermentation. Let me explain what this means.

In alcoholic fermentation, sugar is converted into alcohol in the presence of yeast. Here’s a quick experiment to help you understand better, when next you extract fresh juice out of a mash of apple or orange fruit, let some of it sit around in a cup undisturbed for a few days.

When you have a shot, you’ll notice from the taste and physiological effects it has on you, that that’s pretty much alcohol. This is exactly what is meant by the alcoholic fermentation of fruit juice at the basic level.

Understanding what happened to the cup of fruit juice is pretty simple. Yeast (microbes) which are ubiquitous to the surrounding find their way into the fruit juice and eat some of its sugar, there by giving rise to alcohol. Don’t ask me how that happens!

In the second process, which is acetous fermentation of the resulting liquid from the former process, acetic acid bacteria are introduced (naturally or as specific cultures) to react with ethanol (alcohol) in the presence of free oxygen in order to give rise to acetic acid which vinegar is known for. This acetic acid is to a great extent, what gives vinegar its characteristic strong aroma and flavor.

In reference to the earlier experiment, simply allowing the cup of alcohol to sit around undisturbed for a few more days will result in a by-product that is really sour, formally known as vinegar.

But happening more importantly at this stage is the formation of a thin coating at the surface of the juice which eventually settles at the bottom.

That’s the mother of vinegar you’re seeing right there, and its presence is very crucial for the fermentation process to complete. How this film forms on the surface is pretty simple.

The acetic acid bacteria that feeds on alcohol to produce acetic acid now decides it’s time to collect together and form into a mass which would further enhance their ability to better respire, survive, and more importantly make more vinegar.

It is good to quickly note that mother vinegar can vary in appearance depending on the method of fermentation employed.

In submerged fermentation for example, mother vinegar may take on the shape of small globules which are still produced as a result of the fermentation of alcohol by acetic acid bacteria.

So from all that we’ve learnt, the mother of apple cider vinegar is roughly a cluster of acetic acid bacteria, with some form of cellulose in it. And it is perfectly okay to consume since the bacteria are known to be good ones and therefore pose no threat.

Benefits of the mother of vinegar and the raw unfiltered solution that it comes in.

The health benefits of raw, unfiltered or unpasteurized apple cider vinegar (typically vinegar with the mother kept intact) is still not clear to the scientific community all thanks to the unintended bias that exists whenever vinegar is studied.

The refined and filtered versions, or rather, processed versions are typically the souls of most researches, which makes them the better studied variations.

Are there likely any difference (health wise) between raw filtered and raw, unfiltered vinegar? Most likely, because the latter, we know, contains hosts of proteins and other compounds which may turn out to be beneficial when investigated extensively. Or may be not.

When it comes to the mother, very few studies have actually focused on studying its potential health benefits when ingested orally, like the study published by Elif et al. (2015). So more research is needed to establish the potential benefits of its oral consumption.

Recapping the main points from the study published by Elif et al. (2015), mother of vinegar contains a significant amount of bioactive substances which may provide a variety of health effects.

How to eat the mother in apple cider vinegar

When it comes to vinegar, the plethora of terminologies can be quite confusing. So in this section, we take our time to explain each and every one of them for you.

The mother in apple cider vinegar is perfectly edible, but the potential benefits are not yet conclusively established. 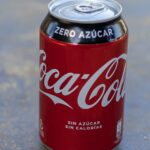 Does coke zero have caffeine? Can you eat sardine bones?