Howdy “raw foodie”! You’re on the perfect page if you want to learn more about foods that can be eaten raw.

On this page, we have a solid ten of them — from veggies, meat to spices and even grains, and we’re pretty sure there are foods on this list that’ll never cross your mind on a normal day.

Let’s jump to it, shall we?

While the uncooked varieties like the German bockwurst and bratwurst are not advised to be consumed raw for fear of sickness caused by microbes growing in the sausage, the same is not true for the dry and semi-dry varieties.

They are perfectly okay to dig into without the need for any further preparation — as long as you’re healthy and not compromised!

It’s typically the case that we heat up sausages before stuffing them into narrow bread buns and serving them with delicious dips, but that can change now as we unveil the truth regarding sausages and their preparation.

Dry sausages and semi dry sausages are processed by chopping and mixing high quality meat to maintain good particle distinction, then fermenting, smoking and drying to achieve a final product that is safe for consumption even without any further preparation.

In the united states, some manufacturers of dry and semi-dry sausages may be forced to incorporate “heat treatment” as a measure to reduce the risk of food borne illness caused by microorganisms like E. coli 0157:H7, Listeriamonocytogenese and Salmonella. But this usually comes with a huge trade off especially in the flavor department!

At the same time however, ditching the heat also increases the chances of having higher levels of microbial activities in the final product, which means the risks of food borne illness is a bit higher now.

But so long as you’re healthy and not compromised in any way, i.e. you’re not sick, an elderly person, a pregnant woman or a child, eating dry sausages shouldn’t come with any health consequence.

Dry sausages aren’t the only sausages in the “edible sausage” category.

There’s the cooked sausages too, and for them, it’s typically written on their packaging that “they’re fully cooked and ready to eat”!

It’s now only a matter of unwrapping the packaging and digging straight into them!

I know it’s pretty weird to have plantains on this list, but the truth is that, both green and yellow plantains can be eaten raw just like bananas.

And the best part? There are some nutritional benefits associated with doing so!

Your gut bacteria get a dose of their favorite food snacks which are pectin and resistant starch — they get more from green plantains than yellow ones. The end result is a digestive system that is well improved and super healthy!

Because the skin on plantains is a bit tougher than what you’ll find on bananas, it might be necessary to use a knife to peel them, but ensure to go gently to avoid cutting through your flesh.

After peeling them, eat yellow plantains as they are because they’re better purposed that way.

As for the green plantains, grate them into smoothies, incorporate them as toppings into ice creams or porridge, dip them in chocolate to form an inexpensive candy, or chop them finely into vegetable salad to add more fiber and starch to the mix.

Red bell peppers are vegetables you definitely need to start eating more of, especially in their raw state.

They’re super rich in vitamin C, providing more than 200% of the daily recommended intake, but a lot of this, around 25 to 30 percent, can be lost through leaching and other chemical processes that occur during cooking, particularly via boiling.

Vitamin B6 is also another vitamin present in red bell peppers, and it can also suffer a similar reduction in its overall levels when subjected to heat.

Now it’s good to note that because red bell peppers have nutritional composition that reduce when they’re cooked doesn’t mean you should avoid heating them up completely, we’re just pointing out the fact that they’re totally edible in their raw state, and are highly nutritious when consumed that way.

Besides, some nutrients like the same vitamin C are studied and observed to be more absorbed in cooked articles like green peppers and other vegetables than raw ones, because the cell walls are softened and broken down during the heating process.

Chewing and grinding with the teeth on the other hand, may not be as effective at breaking down the cell walls.

To eat red bell peppers raw, add them to vegetable salads, or cut them into small pieces and toss around baked articles like salmon or over cooked dishes.

Oats too are perfectly safe to consume raw, just not on their own as doing so has a lot of drawbacks.

For example, raw dry oats can  line up the pathway in your small intestine or stomach and cause digestion problems like constipation.

Also, the nutrients in raw dry oats may not be efficiently absorbed into the body due to a certain plant compound called phytic acid present in them.

When consuming raw oats, add them as part of the ingredients in smoothies, or sprinkle them over whatever smoothie you’ve made already.

Pushing oats with liquids such as milk or water will definitely increase their digestibility by a great margin.

If you’re looking for the best type of oats for raw consumption, go for the instant varieties which are those that have been heavily refined or processed a.k.a the instant oats varieties.

To make them more enjoyable raw, soak them overnight in milk, water or fruit juice. Doing so increase their digestibility, nutritional value (depending on the substrate you soaked them in) and also makes them more flavorful and chewable.

After soaking them up, you can add them to your favorite fruit smoothie recipe and blend!

Spinach is one leafy green you want to incorporate both raw and cooked into your diet.

There isn’t an overall advantage to sticking with only one type of preparation for spinach: either cooking them or eating them raw, because each method has their advantages and disadvantages.

Incorporating both raw and cooked spinach into your diet however, is a smart way to bridge this gap and ensure you’re reaping all the benefits.

To eat spinach raw, make sure to wash it properly first, especially when you harvest them from your backyard farm.

Cut raw spinach into shreds and dive into them with a fork, or add into salads, make them into smoothies, or use them as replacements for leafy greens in sandwiches.

Both celery stalks, leaves and the roots are very much okay to consume raw. Celery leaves will have a taste reminiscent of fennel, while the stalks will have a sweet and mild flavor. The roots of celery taste similar to the stalks.

As for how to eat them raw, add the leaves and stalks to veggie salad (when chopped into fine pieces), to smoothies, use them as garnish over meals like risotto or rice, or better still, eat them as they are!

For the roots, you can cut them into slices and eat them as they are, add them to salads, puree them or even cream them.

Tofu isn’t exactly raw, but the fact that most recipes require an extra step of heating makes it seem so.

During the preparation of tofu, soybeans are first soaked in water to soften them properly, and then they’re  ground into a cake.

Then the soy milk is extracted from the cake through straining, and then the milk is boiled for a while to effectively cook it.

Any other heating you do from there is just to make the tofu more exciting and fun to eat.

To add raw tofu into your diet, serve them with sauce or marinate them using your favourite marinade recipe.

You can also add tofu directly into your smoothies and sauces!

Technically speaking, imitation crabs aren’t raw when sold on grocery shelves. They’re actually fully cooked and ready to eat and it’s written there on the labelling.

Cooking them is only expected to be a matter of preference, but it seems to have evolved into a “culture” already.

You can eat imitation crab directly from the packaging.

Make sure to keep them refrigerated at all times when you’re not going to use them, and avoid any crabs that have sat down at room temperature for more than 4 hours. A healthy number of microbes might have already started dominating it!

Jicama is a root vegetable that has been put to use as early as the 3rd millennium.

It has an impressive nutritional profile and boasts many essential vitamins like Vitamin C, A and E, and also minerals like potassium, magnesium and folate.

Hee-ka-mah, as it is weirdly pronounced, is totally edible in its raw state, and the taste is pretty much on the slightly sweet and nutty side.

To eat jicama raw, peel the brown papery back and slice the flesh into thin strips.

Drizzle some lemon juice over it and serve with a chilli pepper sauce. You can also make it more interesting by mixing the sauce directly with the sliced jicama flesh.

Another way you can eat jicama is as part of a crudité or a vegetable or fruit salad.

No way right? Well yes, turmeric can be eaten raw either in the form of rhizome or powder. Eating the rhizome is expected to provide the benefits of turmeric more easily and efficiently than when cooked or eaten as powder.

The rhizome of turmeric is known for its warm, bitter and slightly peppery taste.

It’s not the most exciting ingredient to chomp on, but given the potential benefits it can provide, eating it may well be worth it.

Eat turmeric rhizome as it is and in moderation. Don’t consume more than one rhizome per day.

If you find eating turmeric this way challenging, make turmeric juice with the rhizome using other ingredients like honey and milk to suppress the somewhat offensive taste.

You can also add turmeric rhizome into your smoothie, but be careful to avoid using too much as the ingredient is known to dominate other the flavors in food.

For turmeric powder, you can use it in smoothies, to make cold tea and also to make juice. 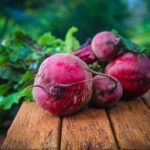 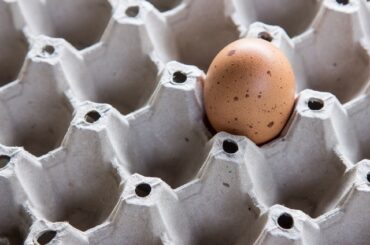 Can You Eat Turkey Eggs?