It’s fair to say sausage is like the “national anthem” for many countries around the world— a “doodah” imbibed!

Birthed from an unknown mother and made using portions of meat pulled out from a single species of animal or from a skillful combination of varied species of animals, sausage is indeed the most mysterious way to preserve and consume meat concomitantly.

If you’re still trying to make sense of what I just said, think of this.

Prime cuts having nice patterns of fats are pulled away from, say, cow or sheep, then ground, cured, seasoned and smoked to a high internal temperature until they change color and begin to stimulate the appetite of butcher, then boom, they’re crammed into a long continuous tube which runs from the stomach area to the “bunghole” — the intestine!

I don’t know for you, but that’s so deliciously weird for me!

Anyways, we can weigh up the facts on how the intestines are cleansed and cleaned prior to cramming flavored meat inside of them, another time. What’s more important now is knowing whether or not sausages can be eaten as they are, meaning “raw”?

Well, here’s the fact of the matter.

Sausages should never be consumed raw except for the cooked or dry varieties which are made “ready to eat” by the manufacturers. Even for these varieties, compromised individuals should always opt for a different choice of meat preparation that involves full cooking as the chances of getting food poisoning from consuming dry meat is still there.

Eating raw sausage, made up of raw and uncured meat can make you sick, because the concentration of bacteria in ground meat is typically more than what you’ll ever find in whole cuts due to their exposure to air and surfaces.

So at all costs, always try to heat up sausages to a temperature of 160 °F for beef and veal, and 165 °F for chicken and turkey, before serving the best way you know how to, to avoid the risks accompanying the meat all the way from the production chain.

The different types of sausages and how to eat them

Many different types of sausages exist today — some 250+ are sold in the Global food market according to one publication from North Dakota State University.

The existence of many revised versions of the conventional sausage recipe gives the implication that variations would definitely occur in the way they’re being consumed.

And that’s very much true. We’ll be going through some of the popular types of sausages that are made and how you should be consuming them.

As the name implies, fresh sausage is sausage that is still “fresh” after preparation, meaning the meat is still raw.

It is mixed with spices and seasonings and then packaged inside a narrow sausage casing to hold shape.

This type of sausage MUST be kept refrigerated at all times or be frozen. Additionally, they MUST be cooked prior to eating to eliminate any possible risk of food poisoning.

Fresh sausages that aren’t cured or smoked typically won’t last longer than 3 days in the refrigerator when in their packaging.

When opened, the shell life is reduced to only a single day! But fresh sausages can be frozen for upto two months in an airtight packaging.

For fresh sausages that have been cooked by the consumer, they may be kept in the refrigerator for upto 4 days or in the freezer for upto 3 months when packaged properly.

Examples of fresh sausages include German sausages like bockwurst and bratwurst and also sausages you typically make at home.

Never try to consume these raw because the chances of them harboring bacteria that would make you sick is high!

Like the fresh sausage, these types of sausages aren’t cooked, but are smoked and sometimes cured to destroy bacteria in them and also to make them last longer in the refrigerator or freezer.

So the main difference between this type of sausage and the fresh type is shell life.

Uncooked smoked sausages can keep for a few extra days longer than fresh sausages, but the fundamental way of consuming both types of sausages still remains the same — they must be cooked thoroughly prior to consumption.

Freeze them for no longer than 3 months.

For cooking, they are typically used as meat and are boiled or fried in soup.

These are sausages that are precooked in a factory and can be eaten cold as they come. They, however, MUST be kept refrigerated at all times to prevent bacteria from growing in them.

Cooked sausages that are smoked and cured will last even longer in the refrigerator because the smoking process partly works to pasteurize it.

Curing on the other hand uses formulations that may consist of sodium nitrite to inhibit the growth of deadly toxins produced by the activities of microorganisms present in the ground meat.

For sausages that are cooked, consume them within 7 days after breaking the vacuum seal. Keep them in for an extra one week if the seal has not been broken.

Freezing is not recommended because it may affect the texture and taste of the sausage once thawed. But if you still opt to freeze, they can keep for upto 2 months.

Dry Sausages are just like cooked sausages, but the only difference is that they do not rely on the refrigerator to stay bacteria free and fresh.

They get their independence from the refrigeeation through a series of deliberate steps that ensures they never become suitable mediums for bacteria to grow.

Dry sausages are dried and smoked for shell life and flavor— in a process that ferments them.

They are able to be stored in a cool dry place (away from sunlight) for close to two months, or indefinitely in the refrigerator.

Opened packages of dry and semi-dry sausages must be consumed within 3 weeks and 3 months respectively, and can be kept in the freezer for upto 3 months.

Whilst dry sausages are typically known for their impressive shell life off the confinements of a refrigerator, not all of them can survive without the fridge.

Some manufacturers make their products in such a way that the sausage must be kept in the refrigerator for storage, and so you should always pay attention to the packaging of your meat on how to best store it.

The best advice on eating sausages

Despite giving you a list of the most popular varieties of sausages and how best to consume them, the best advice on eating sausage still remains this.

Always ensure to cook them to 160°F for beef, veal and sheep varieties, and to 165°F for those containing chicken and turkey.

That’s the best way to ensure you’re not gambling with your health whenever you peel off the packaging that surrounds your meat.

The advice above is for people with zero complications, meaning individuals that are at the top of their Health game.

For compromised individuals, the story is a bit different. Nobody is begging you to cook sausages before you eat them, it’s something you must do on your part!

You must avoid eating meat that isn’t cooked to perfection otherwise your chances of falling sick from consuming it is pretty high.

This means that you must cook ALL sausages to perfection including the dry and the cooked ones. If it’s impossible to consume dry sausage without bearing the guilt of shattering traditions and etiquettes, avoid dry sausages completely!

People may criticise the way you eat certain types of sausages, but remember, nobody will be there to donate a single cell from their body to you when you fall sick!

Pick and cook the foods you eat wisely!

How to cook raw sausage

Many ways exist on how to properly cook sausages. They include.

Which meat can you eat raw and which shouldn’t you?

Hot dogs are precooked just like sausages, (they’re more like sub-members of the sausage family to some extent), so they can be eaten as they are without any problems (for people that are healthy).

But to make them palatable and enjoyable however, heat them the best way you know how to or incorporate them into recipes that involve cooking them to piping hot temperatures.

Poultry is one meat that must never be consumed raw. They contain bacteria such as E.coli. Clostridium perfringens. Salmonella and Campylobacter that can make you sick when you ingest them.

And when the affected person is a compromised person, i.e individuals with illnesses that cause weakened immune systems like HIV & AIDS, their symptoms can be more severe and the complications worsened.

Beef, veal and lamb cannot be consumed raw too, but unlike poultry, they don’t require thorough cooking before eating, which is why they can be enjoyed rare and medium rare.

Venison like lamb cannot be consumed raw because it is a sensitive meat. The safety of venison depends on how it was handled by the hunter as well as the person consuming it.

Venison is recommended to be cooked at least, medium rare, to be safe for consumption. The best way to cook venison is using slow and moist cooking methods like the slow cooker.

Imitation crab is also precooked from the factory so it is safe to eat raw. Just make sure you’re not consuming imitation crab that has sit outside the refrigerator for more than 4 hours. It can make you sick.

Sausage can come cooked or uncooked and also dry and semi dry. And of all the variations that sausages come in, only the cooked and dry and semi dry varieties can be eaten raw, even though the United States Department Of Agriculture does not advocate for such practice especially for individuals that are compromised like the sick and elderly.

Despite sterilization efforts like curing and smoking, some cooked sausages can still be contaminated along the production line and cause sickness when consumed.

It’s best to eliminate all the guesswork and simply cook your sausages to the perfect doneness before eating. That way, they’re better tasting and are more appetizing to look at. 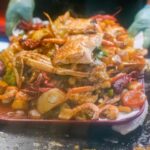 Can You Eat Imitation Crab Raw? 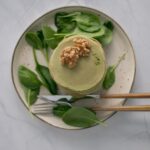 Can You Eat Spinach Raw?